Clinical research published in the British Journal of Nutrition 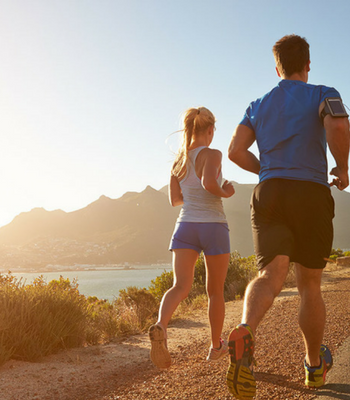 Researchers reported in a clinical study that Wellmune® prevented suppression of the immune system that normally occurs after intense exercise, in the clinical study published online in the British Journal of Nutrition.

These results, along with similar physical stress clinical studies, demonstrate that Wellmune may help recreational and elite athletes achieve training and performance goals by minimizing “down time” associated with immune suppression.

“In contrast to the placebo group, athletes taking Wellmune had a higher degree of immune support before and after exercise, as measured by monocyte concentrations and enhanced cytokine production during a simulated immune challenge,” said Brian McFarlin, Ph.D., FACSM, Associate Professor of Exercise Physiology, Nutrition, and Immunology in the Department of Health and Human Performance at the University of Houston.

At the end of the supplementation period, the athletes rode an exercise bicycle for approximately 50-min in a heat stress chamber set at 38C (100F) and 45% relative humidity to create an environment that placed the athletes under physiological and psychological stress.  Blood samples were drawn at day 0 and immediately before and after the exercise session and again two hours post exercise. Twenty-five different aspects of immune health were analyzed.

Study subjects taking Wellmune had statistically significant higher concentrations of monocytes in their blood compared with the blood samples while taking the placebo. The higher monocyte level was recorded immediately before and after exercise, as well as two hours post exercise.

Study participants also had higher levels of key cytokines (IL-2, IL-4, IL-5 and IFN-gamma) following a 24-h Lipopolysaccharide (LPS) stimulation when taking Wellmune WGP.  LPS is derived from gram-negative bacteria and used to mimic a foreign challenge to stimulate an immune response.  The data also showed higher levels of plasma cytokines (IL-4, IL-5, IL-7, IL-8, IL-10, and IFN-gamma) two hours after exercise when the subjects had supplemented with Wellmune.  All of these results were statistically significant (p<0.05).

The research was conducted under the direction of Dr. McFarlin at the Health and Human Performance Lab, University of Houston.  The paper, “Baker’s yeast β-glucan supplementation increases monocytes and cytokines post-exercise: implications for infection risk?” was published online ahead of print in the British Journal of Nutrition.  Authors: K. C. Carpenter, W. L. Breslin, T. Davidson, A. Adams and B. K. McFarlin.  Abstract.