Results of Study in 310 Children Published in Pediatrics

A study demonstrating that a follow-up formula containing a combination of DHA, a prebiotic blend of PDX and GOS, and yeast β-glucan supported the immune systems of healthy three- and four-year-olds was published in the June issue of Pediatrics, the official journal of the American Academy of Pediatrics. 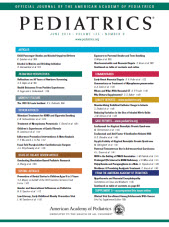 Children who consumed the follow-up formula (FUF) designed for this study by Mead Johnson Nutrition had fewer episodes and shorter duration of acute respiratory infections (P = .007) than children consuming an unfortified cow’s milk-based beverage. They also required fewer antibiotic treatments (P = .01) and missed fewer days of day care due to illness, the study found. In addition, the FUF group had both higher interleukin-10 and white blood cell (WBC) counts at the end of the study, suggesting an anti-inflammatory mechanism and/or an increase of effector immune cells. (WBC counts remained in the normal range.)

In a double-blind, randomized, controlled, prospective trial, 3-4 year old children were fed 3 servings per day of either a FUF containing 25 mg DHA, 1.2 g PDX/GOS, and 8.7 mg yeast β-glucan (Wellmune WGP®) per serving or an unfortified, cow’s milk-based beverage (control) for 28 weeks. Fecal and blood samples were collected to assess immune markers and iron/zinc status. The incidence of acute respiratory infections, diarrheal disease, and antibiotic treatment was obtained from medical records.

Wellmune WGP is an ingredient in Mead Johnson Enfagrow® and Enfakid® Premium children nutritional products in numerous countries in Asia and Latin America. The FUF used in this study is not a marketed product at this time.